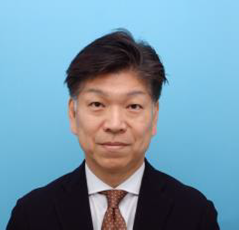 Eiko Koga was born in Kyoto in Japan and in 1990 after a degree in economics from Osaka University, he joined Mitsubishi Corporation at fashion and apparel department.

From 2006 to 2012 he was General Manager, Living Essentials Division at Mitsubishi Italia in Milan.

In 2020 he came back to Mitsubishi Italia where he is currently President & Managing Director.