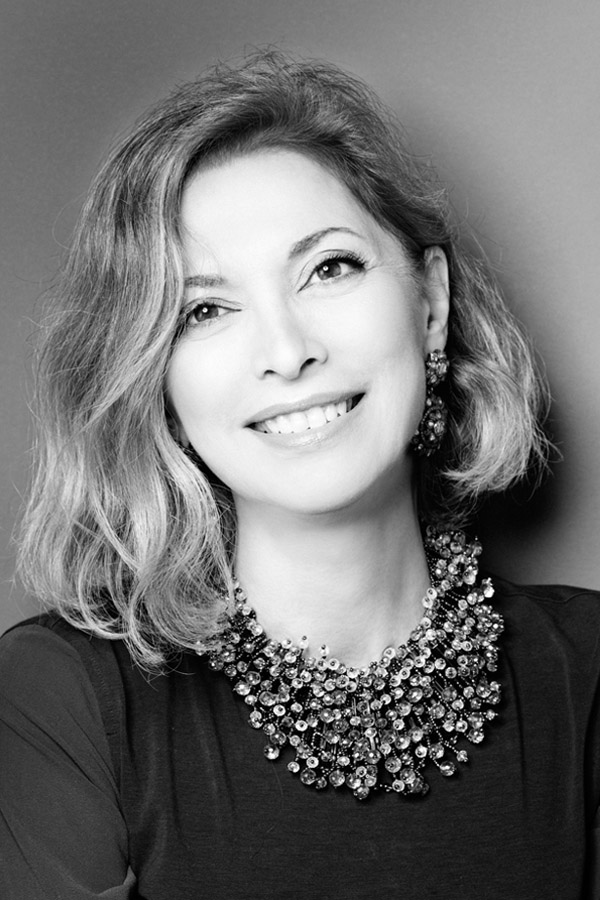 JOURNALIST AND LECTURER OF FASHION SCIENCE AT LA SAPIENZA UNIVERSITY

Fabiana Giacomotti graduated in French Literature at Università Cattolica, Milan, in 1988, and is professional journalist since 1994. She started her career in journalism in television, then shifted to print press, working for “Il Giornale” and economic daily “Italia Oggi” where she founded and managed the “Media analysis” pages. From the end of the Nineties she was special correspondent for the economic weekly “Il Mondo”, then deputy editor of fashion publication “Amica” (RCS group). Following these experiences, she served as editor-in-chief of several publications, including the financial daily “MfFashion-Milano Finanza”. She is actually columnist either for the cultural pages of the daily “Il Foglio”, “Vogue Italia”, “The italian Times”, “Investire” and “Ulisse Alitalia”. She was appointed lecturer of Fashion Science at La Sapienza University in Roma in 2005, where she is also scientific curator of a seminar cycle involving prominent professionals and for the years 2018-2020 scientific director of the Master in Cultural Development of Made in Italy. She wrote many essays and guides, among which ‘Fashion is a novel. Style and elegance in literature’, and a guide to fashionable Milan for insiders, “La Milanese chic” also published in foreign countries like the Czech republic and Russia. She curated important exhibitions in fashion, cinema costume for major museums like Museo Mocenigo in Venice (2012), Museo Morando, in Milan (2014 and 2017), Palazzo Madama in Turin (2015). In 2018 and 2019 she curated two other exhibit for Rai in Capri (Certosa di san Giacomo) and Rome (Palazzo Venezia). She collaborates with the prestigious Istituto Italiano dell’Enciclopedia Italiana, Fondazione Sapienza and Fondazione Matteotti, which published her latest essay on the impact of Covid in fashion economy in October 2020.